The past few days the words of two astrologers, in particular, have been rattling around my brain. Jason Fleming of Sagittarian Mind consulting posted about mars on Twitter not long ago and it stood out to me because my Mars is in Pisces and I’ve been doing a lot of thinking about what that planet and its placement mean. I was thinking about “what” when maybe I should have been thinking about “how.”

The last few weeks have been violently whimsical. I keep seeing animal symbols. A white owl. A lone bat. An aggressive house spider. Random giraffes. I saw these animals going to events that called to me but made less sense if I followed the path I’d been following. All except the spider. It chased me from my desk when I tried to return to it after a long absence. Hmm. These whimsical encounters bring me to this affirmation from Samuel Reynolds of unlockastrology.com:

“Life lives me as much as I live life.”

I love that Samuel talks about the transits for the week as a hike. Mercury’s motion in Pisces before today told me that my energy (Mars) is best spent on the whimsy. That it’s fun to surrender to the mysterious trail, the not-knowing. That my power may well lie in chaos and romanticizing it, in other words, in my intuition.

I was so convinced I needed to push and plan and be direct and walk straight and narrow. That that’s where my energy would come from. This week, Mars in Pisces in the eighth house don’t hit me that way. Mars conjunct Venus in Pisces doesn’t say ‘go it alone’ to me. It says, ‘write them a secret poem.’ It says, ‘ask them for help.’ It says, ‘stop for the giraffes.’

Eighth house transiting Mercury quintile my natal sixth house Mercury says, ‘you don’t know jack about your energy and where it’s coming from and it’ll be fun to learn.’ Or maybe it it doesn’t. I don’t even know. I grasp at these astrological straws even though I haven’t read nearly enough to do so yet. Because I feel called to do it.

“Life lives me as much as I live life.”

I love that I get Do-overs. They’re so rare unless you actively seek them*, but that’s how Mercury retrograde hits me. In Pisces, and according to my natal chart and observations, the topics are whimsy, radical change and interconnectedness, , and untethered intuition.

*That link only works for members and mentions some things that happened last year during another Mercury Retrograde.

This is what I’ve gotten into in the last week.

How is your Mercury Retrograde going?

Let me know in the comments.

My little Gemini sun self seems to be getting hit worse this Mercury retrograde than an a long, long time. My voice keeps going out, my boss and I got into a tiff, my health is all over, and our washing machine keeps threatening to die. Just gotta get through it LOL

Thank you for sharing. I’m inspired to make a retrograde tally! Mercury is a ruling planet of mine, and so I’ve long learned not to bemoan its retrograde period. I simply let its workings through and in my life. *sigh* Going to tally!

My tally has grown since publishing this. I usually enjoy these times even when I’m surprised. I often blog during Merc retro so I always have a record of how it went! lol There are way more worrisome things in my chart to be concerned about rather than Merc retro. I think tallies are fun. =D

Thank you for the shout out!! 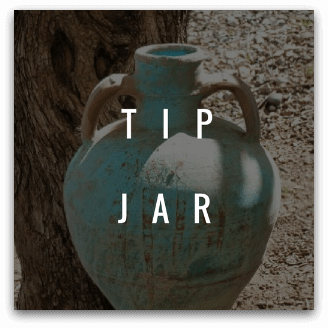